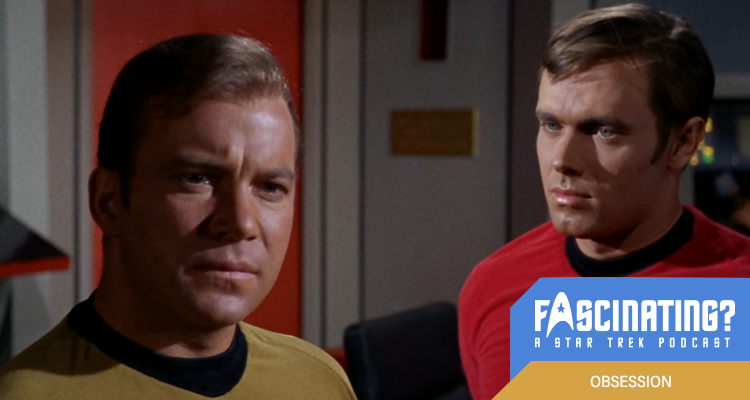 Obsession was the thirteenth episode of Star Trek’s second season to air, with Kirk embarking on a revenge mission at the risk of failing to carry out his original mission and potentially killing his entire crew. In this episode Gerry and Iain discuss vengeance and when it’s best to let things go.


When Kirk identifies the presence of a cloud monster that killed his first captain his instincts tell him he must take the opportunity to strike down the creature while he can.


Leaning on Ensign Garrovick (Stephen Brooks), the son of his lost captain, Kirk must face his own demons before he’s ready to put an end to the enemy he pursues.


Obsession was directed by Ralph Senensky, the fourth of his seven Star Trek episodes. The writer was Art Wallace, the first of his two scripts for the series.


In this episode Gerry and Iain considered a sickly sweet odour that seemed to fill the room.


Obsession was released in 1967. It is 50 minutes long and originally aired on the NBC network. It can be viewed on CBS All Access in the United states, Netflix in the UK and is available on DVD and Blu Ray in other countries, including a comprehensive remastered set of all three seasons released by Paramount Home Entertainment.