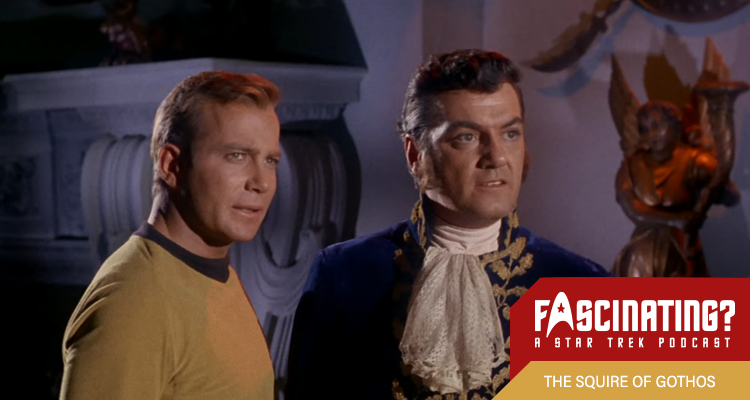 The Squire of Gothos was the seventeenth episode of Star Trek’s debut season to air, with an impetuous adversary testing Kirk’s skills to the limit. In this episode Gerry and Iain discuss planets that chase you, however hard you try to escape.


On their way to deliver vital supplies to a colony, the Enterprise and her crew are waylaid by an impossible planet, previously uncharted. When Kirk and Sulu are kidnapped by Trelane (William Campbell), the enigmatic Squire of Gothos, Spock must lead a rescue mission.


The Squire of Gothos was directed by Don McDougall, his only Star Trek episode. The writer was Paul Schneider, who also penned Balance of Terror.


In this episode Gerry and Iain considered the consequences of getting entangled with more powerful life forms, however irritating they may be.


The Squire of Gothos was released in 1967. It is 50 minutes long and originally aired on the NBC network. It can be viewed on CBS All Access in the United states, Netflix in the UK and is available on DVD and Blu Ray in other countries, including a comprehensive remastered set of all three seasons released by Paramount Home Entertainment.