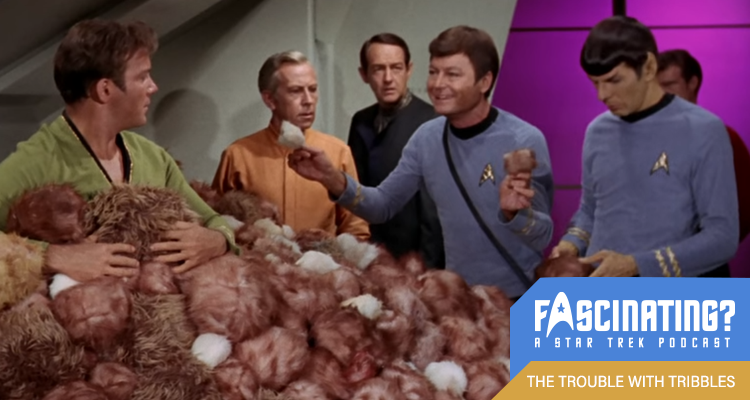 The Trouble With Tribbles was the fifteenth episode of Star Trek’s second season to air, with the fate of grain bound for a disputed planet near Klingon space at stake. In this episode Gerry and Iain discuss furry critters and their evidentiary value.


After being summoned to Station K-7 by Nilz Baris (William Schallert), a Federation bureaucrat with a valuable grain shipment to protect, Kirk reluctantly allocates guards. When a ship of Klingons commanded by Koloth (William Campbell) arrives for a spot of shore leave, tensions rise.


After Uhura purchases a Tribble from Cyrano Jones (Stanley Adams) and brings it on board the Enterprise, the creatures’ ability to multiply soon becomes an additional complication. Throw in the uncertain motives of Baris’s assistant Arne Darvin (Charlie Brill) and it is a recipe for disaster.


The Trouble With Tribbles was directed by Joseph Pevney, the thirteenth of his fourteen Star Trek episodes. The writer was David Gerrold, officially his only episode for the Original Series, though he was involved in heavy re-writes for I, Mudd.


In this episode Gerry and Iain considered ethical ways to resolve an infestation.


The Trouble With Tribbles was released in 1967. It is 50 minutes long and originally aired on the NBC network. It can be viewed on CBS All Access in the United states, Netflix in the UK and is available on DVD and Blu Ray in other countries, including a comprehensive remastered set of all three seasons released by Paramount Home Entertainment.