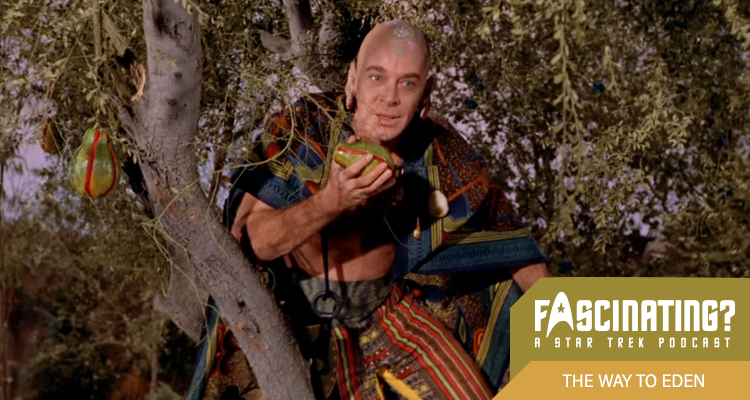 The Way to Eden was the twentieth episode of Star Trek’s third season to air, with a group of idealists taking control of the Enterprise as they seek nirvana. In this episode Gerry and Iain discuss whether that singing was truly necessary.


After bringing on board a band of renegade hippies, the crew of the Enterprise are locked out of the primary controls as the ship is diverted to the mythical planet of Eden by Dr Sevrin (Skip Homeier), Adam (Charles Napier) and their group.


With Chekov distracted by former classmate Irina (Mary-Linda Rapelye) and Kirk stymied by the presence of Tongo Rad (Victor Brandt), the son of an ambassador, all outcomes are on the table.


In this episode Gerry and Iain considered Spock’s enthusiasm for a jam.


The Way to Eden was released in 1969. It is 50 minutes long and originally aired on the NBC network. It can be viewed on Paramount+ in the United states, Netflix in the UK and is available on DVD and Blu Ray in other countries, including a comprehensive remastered set of all three seasons released by Paramount Home Entertainment.