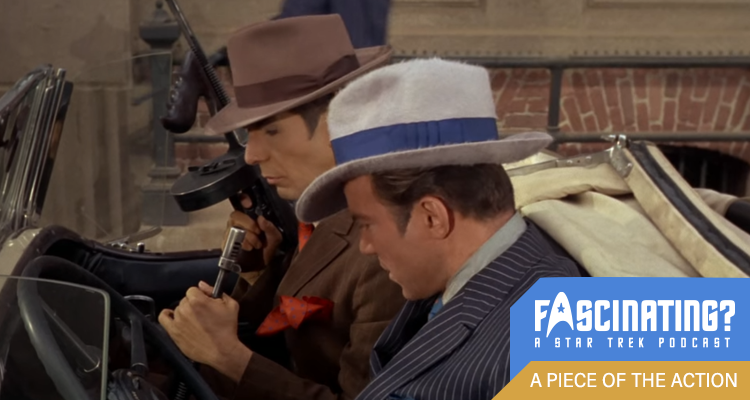 A Piece of the Action was the seventeenth episode of Star Trek’s second season to air, with an impressionable society discovered under the influence of an old Earth book. In this episode Gerry and Iain considered the benefits of bossing your own territory.


Arriving on a planet whose society is based entirely on a book about Chicago gangs of the 1920s, Kirk, McCoy and Spock are immediately accosted by goons working for Bela Okmyx (Anthony Caruso), who sees himself as the top boss.


Another mobster named Jojo Krako (Vic Tayback) wants in on whatever is going down, but it takes Kirk’s imagination to put together a profitable syndicate.


A Piece of the Action was directed by James Komack, his only Star Trek episode. The writer was David Harmon, the second of his two stories for the show.


In this episode Gerry and Iain settled a few scores of their own, if you get my meaning.


A Piece of the Action was released in 1968. It is 50 minutes long and originally aired on the NBC network. It can be viewed on CBS All Access in the United states, Netflix in the UK and is available on DVD and Blu Ray in other countries, including a comprehensive remastered set of all three seasons released by Paramount Home Entertainment.