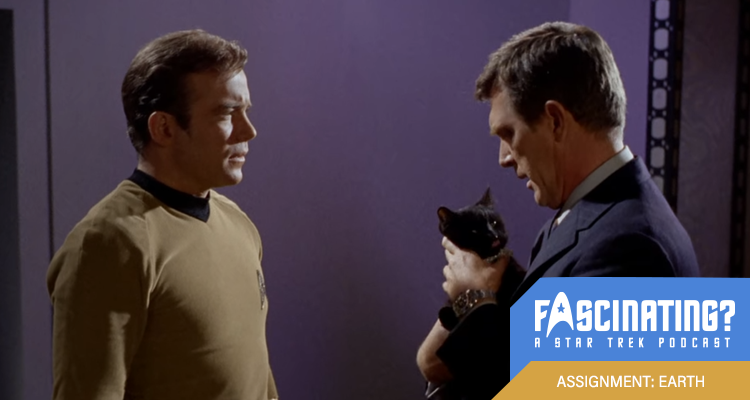 Assignment: Earth was the twenty sixth episode of Star Trek’s second season to air, with an intergalactic secret agent battling to stop a twentieth century nuclear holocaust. In this episode Gerry and Iain discussed the appropriate clothing for time travellers.


On a mission to observe a key period of Earth history, the Enterprise intercepts Gary Seven (Robert Lansing) and his cat Isis as they attempt to travel to the planet from a distant world. Seven makes his escape and heads to the United States where a critical weapons launch is due to take place.


Despite interference from Seven’s secretary Roberta Lincoln (Terri Garr), Kirk and Spock make it to the launch site where they are waylaid by Launch Commander Cromwell (Don Keefer) and others as they attempt to stop the sabotage Seven says is vital to Earth’s survival.


Assignment: Earth was directed by Marc Daniels, the thirteenth of his fourteen episodes in the chair. The writer was Art Wallace, the second of his two scripts for the show.


In this episode Gerry and Iain considered the wisdom of using your fountain pen as a secret switch.


Assignment: Earth was released in 1968. It is 50 minutes long and originally aired on the NBC network. It can be viewed on Paramount+ in the United states, Netflix in the UK and is available on DVD and Blu Ray in other countries, including a comprehensive remastered set of all three seasons released by Paramount Home Entertainment.