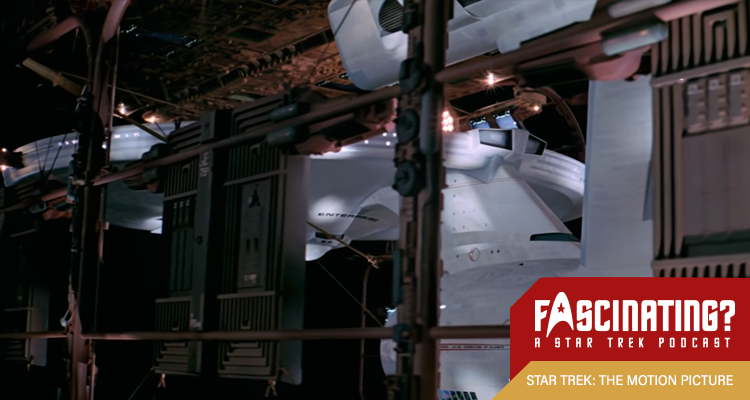 Star Trek: The Motion Picture was the first big-screen adventure for the Star Trek crew, with Kirk’s return to the Enterprise leading to problems in the chain of command as Earth faces an existential threat. In this episode Gerry and Iain discuss killer clouds and old friends.


Alerted to the approach of a deadly cloud, presumed to be masking some kind of weapon, Admiral Kirk wrestles control of the Enterprise away from Commander Decker (Stephen Collins) and sets an intercept course, stopping along the way to put the band back together.


With Decker’s former lover Lt. Ilia (Persis Khambatta) aboard and the commander smarting over losing his vessel, there is tension in the air even before the strange entity is encountered. Kirk and his crew must find a way to prevent Earth’s destruction and persuade the entity to stand down before it is too late.


Star Trek: The Motion Picture was directed by Robert Wise, his only work for the franchise. The teleplay was by Harold Livingston from a story by Alan Dean Foster.


In this episode Gerry and Iain considered whether a refit is as good as a rest!


Star Trek: The Motion Picture was released in 1979. It is 2 hours and 12 minutes long. It can be viewed on Paramount+ in the United States and is available on DVD and Blu Ray in other countries.