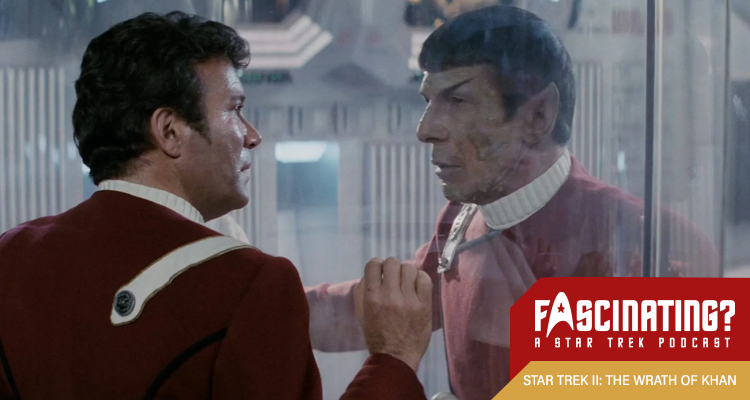 Star Trek II: The Wrath of Khan was the second big-screen adventure for the Star Trek crew, with a longstanding enemy restored to prominence with revenge on his mind. In this episode Gerry and Iain discuss manoeuvring in 3D and genocide on a global scale.


Genesis is a scientific project headed by Carol Marcus (Bibi Besch) and her son David (Merritt Butrick) with genociadal capabilities in the wrong hands. With the Enterprise crewed mostly by cadets, including the vulcan Saavik (Kirstie Alley), the support they needed may not be readily to hand


Star Trek II: The Wrath of Khan was directed by Nicholas Meyer, his first work for the franchise. Meyer also wrote the screenplay from a story by Harve Bennett and Jack B. Sowards.


In this episode Gerry and Iain considered whether the temperature for serving revence matters all that much.


Star Trek II: The Wrath of Khan was released in 1982. It is 1 hour and 54 minutes long. It can be viewed on Paramount+ in the United States and is available on DVD and Blu Ray in other countries.