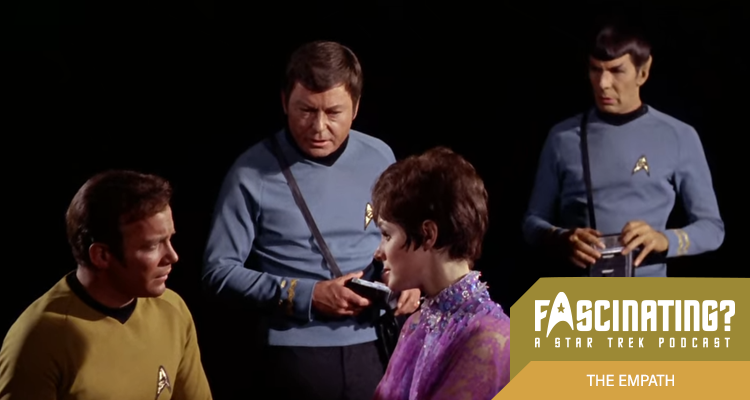 The Empath was the twelfth episode of Star Trek’s third season to air, with Kirk, Spock and McCoy made unwilling participants in a test of character. In this episode Gerry and Iain discuss judgment and who gets to set the tests.


Attending the planet Minara II to recover a research team before the local star goes nova, the Enterprise is shocked to discover no signs of life. Kirk, Spock and McCoy investigate further and find themselves co-opted into a test set by the Vians, Lal (Alan Bergmann) and Thann (Willard Sage).


The subject of the test is Gem (Kathryn Hays), an Empath from one of the other planets due to face annihilation in the nova. She is being assessed by the Vians to see whether her species is worthy enough to be saved from their imminent firey extinction.


In this episode Gerry and Iain considered distance and perspective without points of reference.


The Empath was released in 1968. It is 50 minutes long and originally aired on the NBC network. It can be viewed on Paramount+ in the United states, Netflix in the UK and is available on DVD and Blu Ray in other countries, including a comprehensive remastered set of all three seasons released by Paramount Home Entertainment.