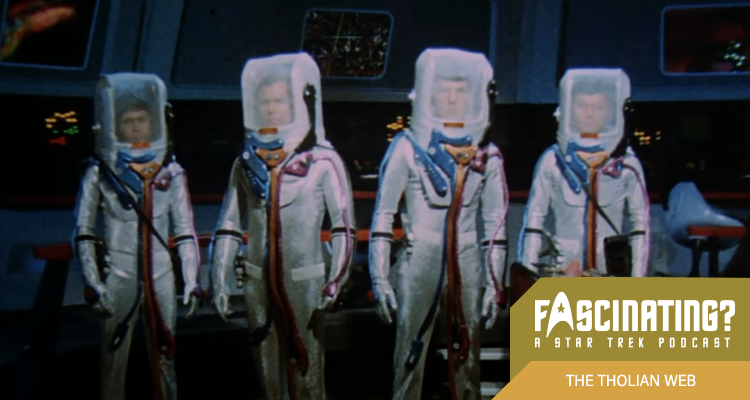 The Tholian Web was the ninth episode of Star Trek’s third season to air, with Kirk trapped in interspace while the hostile Tholians attempt to trap the Enterprise. In this episode Gerry and Iain discuss crisis leadership and the effect of poisonous space on relationships.


Responding to a distress call from the USS Defiant, Kirk and crew find that ship adrift with the crew all seeming to have killed one another. More worrying still, the vessel seems to be out of phase with the galaxy around it.


Approached by Commander Loskene (Barbara Babcock, voice) of the Tholian Assembly declares the space occupied and demands the Enterprise withdraws, but with Spock keen to determine whether Kirk has survived the slip into interspace, a standoff becomes inevitable.


The Tholian Web was directed by Herb Wallerstein, the first of his four Star Trek episodes. The writer was Judy Burns, her only contribution to the show (though she is thanked in the credits for Star Trek II: The Wrath of Khan).


In this episode Gerry and Iain considered whether too little Kirk could ever be a good thing.


The Tholian Web was released in 1968. It is 50 minutes long and originally aired on the NBC network. It can be viewed on Paramount+ in the United states, Netflix in the UK and is available on DVD and Blu Ray in other countries, including a comprehensive remastered set of all three seasons released by Paramount Home Entertainment.