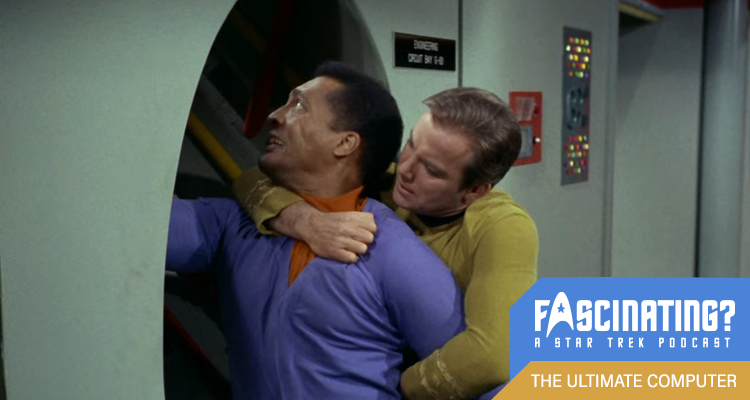 The Ultimate Computer was the twenty fourth episode of Star Trek’s second season to air, with a new AI system tested on board the Enterprise. In this episode Gerry and Iain discussed the familiar love story between a man and his new computer.


When legendary computer scientist Dr Richard Daystrom (William Marshall) comes on board the Enterprise to install his new Multitronic M5 computer, Kirk is surprised to find himself surplus to requirements.


Undertaking a war games exercise, the M5 starts to exercise increasingly worrying behaviour, leaving Kirk in a tough position and with no way to contact Commodore Bob Wesley (Barry Russo) on board the Lexington.


The Ultimate Computer was directed by John Meredyth Lucas, the first of his three episodes in the chair. The writer was mathematician Laurence N. Wolfe, with an assist on the teleplay from Dorothy Fontana.


In this episode Gerry and Iain considered whether anyone will ever invent computer podcast hosts.


The Ultimate Computer was released in 1968. It is 50 minutes long and originally aired on the NBC network. It can be viewed on Paramount+ in the United states, Netflix in the UK and is available on DVD and Blu Ray in other countries, including a comprehensive remastered set of all three seasons released by Paramount Home Entertainment.